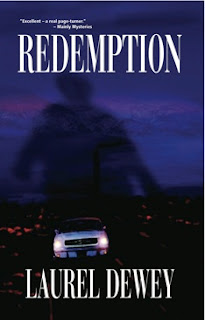 As Jane Perry’s undercover assignment is blown, she is as angry as hell. Having her bust taken over by the local authorities is like a kick in the pants. Having left a position with the police force and opening her own office as PI, she is very obsessive of her cases. Working with the FBI on this undercover sting was only going to build her business one more step. When she finds out, they have bypassed her and gone with the locals she sees red. Frustrated and worried she finds herself open for a new job. That is how she hooked up with Catherine (Kit) Clark. An older slightly eccentric bohemian type, looking for answers.

Kit is convinced the man who killed her granddaughter so many years ago, has just kidnapped another young girl. Recently released on bail, he is waiting for a new trial. Kit needs Jane’s help to track him down and find Charlotte Walker, the twelve year old who recently disappeared. Initially Jane is intrigued. The story Kit tells is tragic, blaming herself, the abduction and murder of her own granddaughter is heartrending. Yet it has destroyed her family and alienated them to the extent they consider her dead. She has come to terms with her life and her part in Ashlee’s death. Recently diagnosed with terminal cancer, she wants to put to rest and close the book on Lou Peters the alleged murderer. Now she is convinced he has taken another victim. Jane is hooked.

With media interest in the case, Jane tries to keep a low profile. However, how low can it be when she finds that her client-copartner in the case is just a bit kooky? She drinks jade water, walks backwards for relief of her back, and wears outlandish clothes. She eats herbs and is a naturalist. As Jane delves deeper into the disappearance of Charlotte Walker, she finds out that Catherine has not told her everything.

Immersing herself further in the case, she stumbles on a religious cult. Lou is deep in the group and they believe in his innocence. Lou has ingratiated himself and become close with the founder. Can Jane find Charlotte before it is too late? Will Lou’s madness escalate before she can find the clues?

In Redemption, Laurel Dewey further develops the character of Jane Perry who made her first appearance in Dewey’s first novel, Protector. Jane is a strong and opinionated character. She is a survivor of physical abuse as a child, and believes she has overcome her past. She is vulnerable because of that past, and it dictates many of her decisions in life. She finds she has difficulty trusting and pushes people away. When offered the chance to become Sergeant, she turned it down. Her old boss Weyler was one of the few people she trusted, but she needed a break, she had to get away. She really begins to like Catherine and get close only to find that Catherine also has a secret, which puts her at odds with the law.

Kit is a likable character, full of flair. She has lived an interesting life, growing up in the era of free love and flower power. She is gregarious and funny, with some extremely odd quirks. She believes her cancer was caused by her anger and hatred after the death of her granddaughter Ashlee. Not only did she feel at fault for her death, her daughter blamed her as well. The pain was so deep that forgiveness would never come. She has made peace with her life but worries at how the hatred in her daughter will make her ill as well. Her companionship is good for Jane, it steadies her in a way she has never had.

The spirituality of the book is subtle and flows throughout the background. It is intrinsic to the story and very interesting. Kit has some very interesting and thought provoking beliefs, without which this novel would not have been the same. Well written, the story is fast paced and thrilling. You will find yourself drawn to the characters and feel their pain as well. The mystery and plot are well researched and very believable.

I would recommend this book for those interested in suspense and murder. It also has a little twist of lightheartedness as well as sadness. I was not prepared to enjoy it as I did. I found it unique and interesting, and could not put it down. This would be a great book for a book club, it spans a time when changes were happening and cultures were new. It would create a great deal of conversation and opinions

This book was received as a free copy through the publicist. All opinons are my own based off my reading and understanding of the material.

Good review! I also review books on my blog. Am now following from BPOW.

Not everyone can multi-task and nobody should. When it comes to book sure, I can't read four books simultaneously (or even two, for that matter!) but there are times I'll juggle as many as four books at a time depending on the subject matter, the urgency or more often both.