End of Days, Book Three of Penryn and the End of Days by Susan Ee

Posted first to Blog Critics as Book Review: 'End of Days', Book Three of 'Penryn & the End of Days,' A Dystopic Novel by Susan Ee. 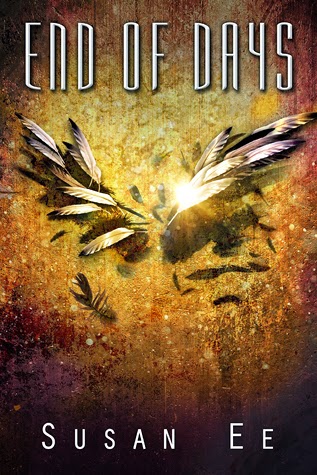 We often hear of or read stories about the end of days. What will occur–is there truly such a possibility. The apocalypse has been the center of controversy for years, and still, will there be such an end.

In End of Days, Book Three of Penryn and the End of Days by Susan Ee, we follow one such conclusion.  Penryn and her sister Paige are right in the middle of the firestorm of change.  Having gone through much pain and turmoil they have battled many of their demons and hope that soon they can help put an end to the death and destruction of their home. Yet for Penryn all is bitter sweet. Her younger sister is now the leader of an insect culture, while Penryn and Raffe, a fallen angel, take their battle directly into the war-zone.

Raffe though needs some help to replace his own real wings, for his borrowed ones are those of a demon. Who will trust such an angel in any battle?

Beliel, a demon who has tried and failed to destroy Raffe has much to answer for, yet he is only a husk of his former self. He shouldn’t even still be alive after the wounds he sustained. But for now he still has many of the answers needed to end the war.  As Penryn rides safely in Raffe’s arms, she is devastated by the death and pain that is revealed below her. Can they pull on all their resources and stop the angel hordes from completing the work they began–the final task of cleansing the earth.

Ee has given us a war and a world in turmoil. There is darkness and adventure, but also an underlying faith that will hold even in the worst of situations. The strength of will and mental toughness in her protagonists are the secret to moving them forward, especially when the answers to their questions begin to come in. There is more than imagined, and some of the answers can only lead to continued darkness.

If you enjoy reading epic adventures, wars, romance and end of earth scenarios you will find this an amazing work of depth and differences.  Where many look to the angels for help, Ee takes you in an entirely different direction, one where the destruction is caused by such beings. The strength of spirit and the epic battles will keep you guessing and entertained.

While this is the final installment of a series, you are easily able to pick up where the other works left off, although you will find yourself more than interested in finding the other books to learn how Penryn and Raffe have come to be together and why the earth is under attack.

This would be a fun book for a reading group as well as a discussion group. There is usually much to discuss in works that create bits of controversy. This is sure to be one of those works, for how do you choose sides.

Where They Found Her by Kimberly McCreight

Posted first to Blog Critics as Book Review: 'Where They Found Her,' A Mystery by Kimberly McCreight. 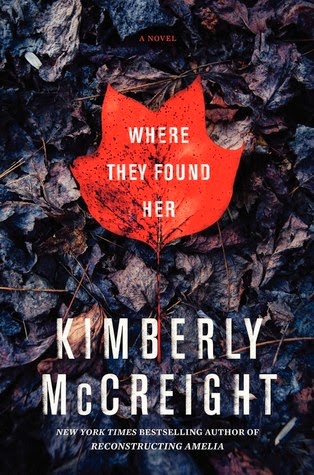 Losing a child must be one of the worst things a mother can face. To be encouraged to move on, to put such a tragedy behind is often only in the well-wishers own unfamiliarity of what such a loss entails. The process almost always involves guilt, for mothers feel their first priority is to protect their child, and often begin to blame themselves and struggle to come to terms with their internal  guilt and strife.

In Where They Found Her by Kimberly McCreight , we meet one such individual. A reporter, she buries herself in her job hoping the control she exerts there will alleviate her internal suffering. Her husband is helpful and tries to help her healing, yet she hides much of her grief and pain. So when she is called to the case of a body being found, Molly, her husband and her boss are all concerned when said body is that of a new born, and the death seems quite brutal.

Molly finds herself in the middle of a job that takes her in directions she doesn’t want to go. Yet she is unwilling to relinquish the case for she feels her understanding of such a loss will keep her digging until the truth comes out. Little does she know that it will also further twist her own dreams, as she tries to help find the answers?

Will she crack under the pressure of such an investigation or can she finally pull her own life into a semblance of normal and create her own healing, chasing away her own self-hate?

McCreight has given us a dark journey that can often lead to destruction. Her characters are human with both flaws and emotion, and her insight and thought processing create a light of possible healing. She takes the darkness of loss and stretches it beyond bounds; just to rubber band it to where it can be looked at in a different fashion.  She takes the darkness before the dawn that one step further, where just when you think there is no answer or way out, a light of truth begins to glimmer.

This is an emotion filled story and you find yourself drawn to the characters. This is a work that will drain you and make you think, so be prepared to bring the tissues.

If you enjoy mystery and red herrings, and often look for that work that takes you into the drama of life you will find this work to deliver.

This would be an interesting book for a reading group, a thought provoking look at how personal loss can affect a family, a life and a career.

Posted first to Blog Critics as Book Review: 'Capital Dames,' A Glance at the Women of the Civil War by Cokie Roberts. 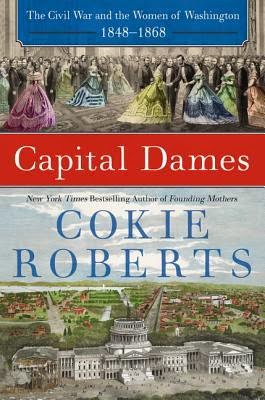 The Civil War was a time in history where women were finding their own allegiances, a time of war and treason, heartache and treachery.  The Years of 1848-1968 were defining years both for the emancipation of slavery but for the women who chose their own involvement in working for their beliefs and that of their husbands and families.

In Capital Dames by Cokie Roberts we are taken into the parlors and the Whitehouse during a time when unrest was at its height. We are introduced to the women behind the great names in the histories of the colonies, and educated as to the real lives that were led by the men and their leading ladies.

Whether they were the communicators, the spies or the informers, each had a strong belief in what they were doing. We meet the First Lady of the White House, as well as the belles of both the north and the south. There is an amazing array of information gleaned from writing, diaries and news of the time and Cokie has taken the opportunity to shine a light on the women behind the history of the Civil war.

What I enjoyed about this particular telling is that Roberts tells the history as it unfolds, not just the woman, but also the men as they too play their part in history. While the emphasis is on the woman, it is the history and the making of it that seems to be the guide. I have always been interested in history and yet found myself in awe by some of the happenings. Many I did not know, and do not recall coming up in history lessons in school.

Often the woman had to speak for the men, they were away at war, and information deemed important would often make its way through the woman, and their own visits with Generals and the White House as they tried to find a way to work the system to the best advantage of their own particular husband, family or belief.

It is an amazing array of bravery and fortitude that holds you enthralled in the reading as you find yourself wondering just how you would handle some of the same issues. The war also brought to light the suffering and the need for hospitals, and we also meet the women who worked tirelessly to bring the Red Cross to light.

If you enjoy history and want to know more behind the written facts, you will find the information garnered here through numerous records, many never before published, to be interesting and heartbreaking.  You may also learn a bit more about this time in history, especially the part played by the woman as their men did their best to bring an end to war.

This would be a great work for a reading or book club. The information is priceless, and the debatable material would keep a group talking long after hours.