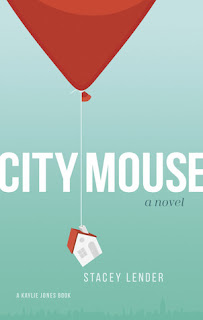 In City Mouse by Stacey Lender we are given an opportunity to deal with that question from both angles as Aaron, Jessica and their young daughters move out of Manhattan and into suburbia.

For Jessica, she is torn and loves the city, but Aaron wants to find a place where they can raise their youngsters that is safe, and will be better for the family. The hustle and bustle of city life will fade away, and their family will grow as a result.

After much discussion, Jessica finally decides that she is being stubborn and selfish, wanting the excitement of the city, but the closeness of a great family life. However, it isn’t just about the family but the finances as well, it is more expensive to live in the city.

Once they find the house of their dreams in the suburbs, Jessica sets about becoming a part of the group of mothers in the neighborhood. They seem so together, and their connections seem to keep them sane. Wanting to be a part of the community, and knowing that will help form friendships, both for her children, but for herself and Aaron as well, she dedicates time to belonging, and fitting in. Initially all is wonderful, new friends, a settled and less busy schedule, and just an overall feeling of happiness. Sure, she missed the noise and excitement of the city but this too is bliss. Or is it?

She misses Aaron, he is always headed to the city to work, and with the drive time, they do not see him as much. She begins to suspect that her girls are being bullied, and she is beginning to feel a tension within the group that cannot be seen, but simmers just the same.

She tries to ignore the occasional catty remark, but as time moves forward she finds herself less trusting, and becoming alarmed at the things being said. When she gets caught up in some of the strange, unique situations, a form of blackmail that is used to keep the group in tow, she decides to fill Aaron in on her suspicions. Initially skeptical, he too is finding the living in the suburbs is not as expected. Can they rekindle their own love and trust, and pull the family back together again before it is too late?

If you enjoy human drama, and stories that pull you in, you will find this a great summer read. Lender does a great job of keeping you interested and wanting to know more.

Posted by Leslie at 6:08 AM No comments:

Anatomy of Innocence, Testimonies of the Wrongfully Convicted edited by Laura Caldwell and Leslie S. Klinger 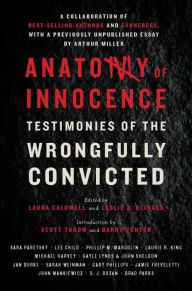 In Anatomy of Innocence, Testimonies of the Wrongfully Convicted edited by Laura Caldwell and Leslie S. Klinger, we are introduced to a series of injustices. In real exonerations of those who have been convicted of crimes they did not commit, noted authors have compiled cases of those whose stories they have told--both the horrors and the relief of finally being heard. Lives changed and years lost due to lack of investigation, wrong place at the wrong time, and sometimes just faulty witnessing.

Some of the best authors of our time, Sara Paretsky, Lee Child and Phillip M. Margolin along with a host of others have come together to compile their interviews and stories of those wrongfully convicted.

As you delve into this work you will find the questions and wonder at the belief in our system of justice. Allowing their faith in the system and their own knowledge of innocence, they continue to strike out at the injustice, alternating between anger, confusion, and in the end the blessing of being found innocent.

Each author uses their own technique to bring the light to life in their interviews and you will enjoy how each is able to capture the true essence of those who have finally found exoneration. You can feel the angst of the person who is in a state of disbelief, and as you follow the road of those who help them find their freedom, you have to wonder how it all goes so wrong in some cases.

Due to the mistakes, the victim in these cases are double fold. Both the initial victim of the crime itself and then the incarceration of the innocent accused. It is difficult to imagine the amount of fortitude it takes to continue trying to clear your name, while there is so much against you. Yet the strength of belief in both their innocence and our just system give them the ability to continue on--to find that one believer in their innocence, the one who can turn the tide.

If you enjoy true crime, you will find this to be very interesting. Each story is separate and yet you can see the many issues that connect as they are finally found innocent.

This work would be just the thing for a reading or discussion group. There is a great deal to discuss and debate.